Many people who have found the love of their life want to formalize this bond.
In the Netherlands, there are various options available for those who want do this; one of these is the registered partnership. The question arises, however, whether registered partnerships are a wise choice in international situations.

Registered Partnership
The registered partnership was introduced in the Netherlands on January 1, 1998. At the time, it had primarily been created for same-sex partners, in order to allow them to give their relationship a legal basis that was comparable to a marriage. At that time, the option of marriage was not available to them and it wasn’t until April 1, 2001, that people of the same sex could marry.

Difference with Marriage
When the registered partnership was first introduced it differed in a number of legal areas from a marriage – but, following a few legislative amendments, they are now virtually the same, from a legal point of view. The only difference is that, in order to terminate a marriage, you still need to go to the court. A registered partnership can be ended without the intervention of a judge, provided no children were born into this relationship and there are no conflicts between the partners.

Conditions for Partnership
If you set conditions for the partnership you can, for instance, determine that you want to keep your respective assets separate, or that you want to share only a portion of them. You can also differentiate between what happens in the case of death vs in the case of divorce. And you can determine which national law is to apply to your partnership.
Any conditions for the partnership will have to be included in a prenuptial agreement that is to be drawn up by a civil law notary and signed, before the registered partnership is entered into. The deed is then registered with the court, so that the conditions can be invoked against third parties.

Is a Marriage Perhaps Preferable?
If you decide, after a while, that you want to get married instead, you can simply have a registrar convert your registered partnership into a marriage. You will be issued an official document: a deed of conversion. This is only possible, however, if one of the partners has Dutch nationality or lives in the Netherlands. Once the deed of conversion has been drawn up, the registered partnership ends and the marriage begins. It is a seamless conversion.

International
Practice has shown that registered partnership can lead to complications in international situations. The most significant ones are:

How to Solve This
Sometimes, the only thing the partners can do is dissolve their registered partnership and then get married. However; according to the law, a registered partnership can only be dissolved in case of irreconcilable differences, which is in contradiction with the fact that they are doing this in order to get married…
More serious, however, is the fact, this this is no longer a ‘seamless transition’ into a marriage. A number of weeks generally go by between the end of the registered partnership and the start of the marriage. Should one of the partners pass away in the meantime, the other will inherit nothing. From a legal point of view, the surviving partner is (no longer) the partner and (not yet) the spouse. And should the legal heirs wish to correct this situation and leave everything to the surviving partner, the question remains as to how the tax authorities will view this. It is not at all certain that the low tax rates and high exemptions that apply to partners/spouses will be applied under these circumstances.
Even if the partners include a clause in their will stating that the surviving partner is to be an heir in the intervening period, the fiscal consequences are not clear. 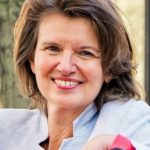 Yolanda Bokhorst is a deputy civil law notary with Ohmann Notariaat in Wassenaar.
She can be contacted at tel.: 070 – 312 31 31 or by e-mail: yolanda.bokhorst@notariaatohmann.nl