Skip to content
Expats Netherlands - The XPat Journal - What are your rights if you’re dismissed?

WHAT ARE YOUR RIGHTS IF YOU’RE DISMISSED?

Employment law in the Netherlands offers employees a number of protections against dismissals. Unfortunately, many internationals are unaware of their rights.

Furthermore it is not easy to convince a judge or the UWV to give permission. An employer needs to have reasonable grounds to dismiss someone and also needs to prove that they have tried to move the employee in another role in the company, possibly following retraining.

Permanent or fixed term contracts must abide by the so-called 3/2/6 rule, unless there is a different collective bargaining agreement in place. Since this rule came into effect on 1 July 2015, employers can offer no more than three consecutive contracts, the total duration of these contracts cannot last for more than two years and any break in between the contracts of less than six months is considered continual employment. Any contract exceeding these limits automatically becomes a permanent one.

For example, these rules allow three consecutive fixed-term contracts of eight months each, or two one-year contracts. A period of over six months, e.g. six months and one day, is needed to “break the chain” and allow the parties to start afresh. .

Another change is that the employer must (though there are exceptions) inform a fixed-term employee in writing no less than one month before the end date of the contract about whether the contract is to be extended and, if so, under which conditions. The penalty for failure to give timely notice is monetary compensation equal to the salary for the unobserved period.

There are eight reasonable grounds that an employer can use to justify dismissing an employee on a permanent contract. They are:
1. headcount reduction for business reasons (redundancy)
2. long-term (more than two years disability)
3. frequent and disruptive absence relating to sickness
4. incapacity to perform the contractual work other than for a medical reason
5. serious misbehaviour
6. refusal to perform contractual duties for reasons of conscience (conscientious objections)
7. working relationship that has broken down, provided the impairment is so serious that the employer cannot reasonably be required to continue the relationship
8. other reasons that are of such a nature that it cannot reasonably be expected that the employer should continue the employment relationship.

Under the new rules, every termination (other than following retirement or for serious cause) – including termination as a result of non-extension of a fixed-term contract that has lasted for two years or longer – will give rise to an obligation to take the applicable notice period into account and to pay the departing employee a transitievergoeding (transition compensation.)

Certain expenses that the employer has paid during the final five years of employment with a view to increasing the employee’s employability may be deducted from the transition compensation. Only in extreme cases will the employee be able to claim an additional amount. The government has stressed, and it is widely accepted, that such additional awards should be exceptionally rare.

If an employer does not have a good case  for dismissal, then an employee can of course negotiate a higher transitional compensation. Employees who are facing a wrongful dismissal should take care to exercise this right.

An employee who loses their job is normally eligible for unemployment benefits, which are paid by UWV. The benefits equal 75% of last-earned salary for the first two months and 70% thereafter, in both cases calculated as a percentage of no more than the maximum base. The maximum duration of the benefits varies from three to 24 months, depending on how long the employee has been insured. 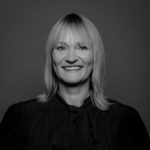 Go to the Directory for Service Providers