BILINGUAL SCHOOLS IN THE NETHERLANDS

A Good Option for Your Child Who Doesn’t Speak (Fluent) Dutch?

In the almost six years I have been advising international parents on the most suitable schools for their children in the Netherlands, bilingual schools must have been the topic we have discussed the most frequently.

Many of these parents see this type of school as an ideal in-between solution, somewhere between a Dutch and an international school, which seemingly complements their family dynamics very well.  In this article I’ll try to explain why a bilingual school won’t always be the best option for your child that speaks little Dutch, if any at all.

The Set-Up of Bilingual Education in the Netherlands

But before we reach to this conclusion, it would be good to first investigate this new phenomenon of bilingual education in the Netherlands.

Although the government has acknowledged that in this global world you can give children a head start by teaching them partly in English, they are very worried about a possible decrease in Dutch proficiency. Therefore, in 2014, 19 elementary schools throughout the country were appointed as national bilingual pilot schools, where lessons are taught in another language 30 to 50% of the time – most often English. These schools also have a strong focus on internationalization. For example, pupils at these schools write letters to pen pals across the world, take part in charity projects, and discuss cultural differences. Some of these schools follow the theme-based International Primary Curriculum, which is still pretty unique for Dutch schools.

These 19 bilingual pilot schools are being closely monitored, supported and evaluated by the government. The pilot has been extended once and will now run until 2023.

Some other schools have come up with their own form of teaching some classes in English. As they are not official pilot schools, they are more restricted. Usually they teach in English about 15 to 20% of the time. They have to do without the extra resources and support the ‘official’ bilingual schools receive.

The intermediate results of the pilot schools have been positive. The students of bilingual schools have a greater English vocabulary than children at schools where they start teaching English for 30-60 minutes per week from age 4 (VVTO schools), or where they start with English in group 7 at age 10 (as they do in the majority of schools). The pupils of the bilingual schools can also distinguish better between English words which sound very similar to the non-native ear: for example ‘pen’ and ‘pan’. And, learning English appears not to have a negative effect on performance in Dutch language tests. In some cases, the bilingual students even scored higher in Dutch tests compared to their peers at the other school types.

It is important to note that the bilingual schools are Dutch schools, where English is offered in addition to the Dutch curriculum

This may all sound very promising, but there are a few things in particular international parents should be aware of.

A child who doesn’t speak Dutch at home, is largely dependent on the school to learn all the tricks of the trade. Will this child learn enough Dutch while being taught in this language only half of the time? And since the (often not-native) English teachers target their classes to mainly native Dutch children, how well would your native English speaker learn English at school? Won’t he or she get bored during the classes taught in English? How do you make sure they will learn the proper English pronunciation, vocabulary, spelling and grammar? It would be good to ask the principal in advance about how the school deals with these issues.

The situation becomes even more complicated when a child doesn’t speak either Dutch or English at home, as they would then have to study in two foreign languages at the same time. In this case especially, it would be good to ask for some expert advice before making any decision.

Many parents often also don’t realize that before you can enroll at a bilingual school you have to speak Dutch. Usually, these schools can’t accommodate children who are six or older and don’t speak Dutch yet. These children are normally required to follow a one-year Dutch immersion program at a newcomer class first.

Bilingual secondary schools – the so-called TTO schools – where half of the curriculum is taught in Dutch and the other half (usually) in English, have been around for longer. About 130 schools currently offer this challenging program, most of them at the highest level (VWO), but also more and more at HAVO and VMBO schools. Also here, the exams at the end of the track are completely in Dutch. After the 3rd year, many bilingual secondary schools switch partly or fully back to Dutch, in order to prepare for the exams in the final year. This is the moment where especially the subsidized international secondary schools see a significant increase of applicants for MYP 4.

Subsidized schools are officially meant for families who temporarily live in the Netherlands, and they are often not allowed to take the struggling TTO students who have already been in the country ‘too long’. It is not uncommon for these students to feel stuck. It is good to know, though, that children of Dutch and more permanent international families are allowed to follow the Diploma Years of the IB curriculum at these schools in the final two years.

Although the TTO schools mostly teach in Dutch in the higher classes, they still focus more on internationalization compared to regular schools, and students often graduate from a TTO school with an IB (International Baccalaureate) or Cambridge certificate to prove their high level of English. In addition, the subjects which are not covered by the central exams (e.g., music, gym and social studies) are often still taught in English.

There are definitely a lot of advantages to receiving bilingual education, but whether this is the right choice for you, entirely depends on your family’s situation. Hopefully having read this article you will be better able to make an informed decision. Good luck! 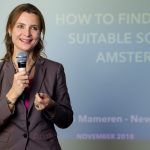 Go to the Directory for International Schools in NL