AN INTERNATIONAL CAREER AND FAMILY

In the Netherlands and many European countries, cohabitation, instead of marriage, is an accepted way of living together – at least for tax purposes. However, for family matters and for residence permits it is not. In other countries, cohabitation presents even more of challenge, something that should especially be taken into account when you have to move there for career reasons.

An expat career therefore often requires couples to marry just to guarantee a residence permit abroad for the spouse.

Also many expat couples coming to the Netherlands are finding that Dutch legislation has become stricter over the past decades, even for those who are married and have children born from that marriage, adopted abroad or recognized.

Alternative Ways to Get a Residence Permit

The growing number of fake marriages (schijnhuwelijken), just to obtain a residence permit, for instance, has generated general mistrust, and has caused civil servants to investigate certain unions.

With this in the back of their minds, some people who do not have a fixed abode or who, for whatever reason, are looking for a safe haven, have tried to find other ways to be allowed to reside in the Netherlands. After the European Court decided that a Dutch child is entitled to live with both their parents, this opened the way for a mother – with a child from an unknown (or at least not registered) father – to obtain a derived right of residence once a Dutch man recognizes the child as his own. This is possible as, in order to recognize a child, no proof of blood relation is required. A similar opportunity exists for a Non-Dutch man, when a Dutch mother whose child has not been legally recognized by a father, agrees to let this Non-Dutch man recognize her child. In both situations, the child will have Dutch nationality and a right to live with their non-Dutch father or mother, making it possible for the non-Dutch father or mother to also reside in the Netherlands.

There is a case of a Dutch man who recognized 17 children from 16 different women. This practice, also used by traffickers, has created enough suspicion to lead to the foundation of a special Multi-disciplinary Team for Fake Recognitions (Multidisciplinaire Team Schijnerkenningen).

This type of practices has led civil servants to sometimes become overzealous in carrying out their duty of checking up on marriages and recognitions. In most cases, of course, there is no reason to be suspicious of foreign parents.

Expat families coming to the Netherlands for their international career are often not aware of the consequences that all these fake marriages and recognitions – and the accompanying mistrust that comes along with it – have for them. In fact, there have already been proceedings due to the fact that parents were unjustly accused of fake recognition.

Also expats with privileged status are not exempt from problems, as an expat couple that had married abroad, moved to the Netherlands without registering the marriage certificate in the Dutch International Marriage Register in The Hague experienced. Due to this fact, and the fact that both spouses were only registered in the register of the Ministry of Foreign Affairs, the mother, after giving birth to her son in a Dutch hospital while her husband was abroad for  business, could not prove to the civil servant drawing up the birth certificate that she and her husband were living in the Netherlands, that they were married, and that her husband was therefore to be registered on the birth certificate as the father. Proceedings were necessary to adjust the birth certificate of the boy after the fact.

It is good for expats to realize therefore that these issues constitute additional challenges that come along with an international career, especially for expat families with children, and that they should get proper advice before moving abroad. And, while employers support their expat employees on all kinds of issues – such as housing, tax, etc. – offering assistance with, and creating more awareness of, challenges in connection with family matters would be helpful as well.

As a family lawyer, I have met expat parents who are not married and do not know that when a baby is born from their relationship in the Netherlands, the father will not automatically obtain parental responsibility or custody, even if he recognizes the child before or after birth. The consequence might well be that the mother can move – even emigrate – to another country without consent of the father.

Expat parents who are married and do have joined parental responsibility, often do not know that, should a conflict arise regarding their children, international conventions have determined that often only the judges in the country in which the children have their habitual residence have jurisdiction – and are to apply their own (international) private law. Often with the consequence that the children are to stay in the country in which they have their habitual domicile. This is something Dutch parents with an assignment abroad should also keep in mind. There is no such thing as a right to repatriation with the children to the Netherlands.

Having some expat experience myself, I am aware of the privileged life of expats –  with housing, travel, and schooling allowances, etc. – but also that this is, of course, only one side of the coin. As a family lawyer, I also know that there is another side to the coin too, especially when children are born abroad or the marriage breaks down abroad. These circumstances can fan the flames of a conflict divorce, and the damage done to the children can only be guessed at. In the interest of the children, I always make an effort to convince my clients to enter into mediation or at least negotiation when their marriage falls apart.

In my firm, we realize that international family law can be something of a jungle, despite all the efforts that have been poured into creating conventions and EU regulations. Even between EU countries, there are still significant differences in rules and legislation that affect not only divorces, but also harmonious (international) relationships. Or that the applicable matrimonial law might have a different outcome due to the fact that the applicable law of succession is not from the same country, especially when real estate in multiple countries is involved.

We gladly offer you our expertise. Also to young couples, to help them draw up adequate prenups. 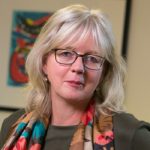