PLACES UNDISCOVERED BY THE MASSES IN NL

Do you fancy an interesting outing, but can’t stand the idea of being jostled by a crowd of tourists? Take a look through this list of places undiscovered by the masses in the Netherlands. Whether you are after education, entertainment, or natural beauty there will be something for you on this page. The following attractions have been recommended by the Dutch themselves, and they know the lay of their land! By visiting these sights, you can see and enjoy the riches of the Netherlands, without the queues and the flashing cameras. 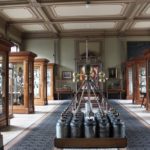 TEYLER’S MUSEUM IN HAARLEM
Aside from being the very first museum in the Netherlands, Teyler’s Museum was the third museum to be made in Europe! It followed in the footsteps of the Oxford Ashmolean and the British Museum. It was once a living theater in which colleagues discussed the inventions of the times. They would listen to speakers and chew over the discoveries of science and art. Experiments and demonstrations would take place in the laboratory as well. Today, we can peer into the past through the museum’s collection of:

Teyler’s also has an amazing library, containing Important Documents. These include: the Diderot Encyclopedia (the first in Europe), James Cook’s travel journals, Darwin’s scribbles and the works of other world-renown scientists and explorers.
Spaarne 16, Haarlem
www.teylersmuseum.nl

BIESBOSCH NATIONAL PARK
Situated near Dordrecht, this park is made up of 7,000 hectares of winding gullies, deep creeks and fields of rushes. It was created in 1421 when the St. Elizabeth flood washed away 16 villages and turned a prosperous agricultural region into a freshwater tidal area. Today, visitors can explore the park on foot or by boat, and observe a unique range of plants, animals and birds.
www.np-debiesbosch.nl 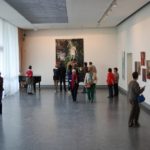 THE SINGER MUSEUM
Laren lies near Hilversum in the province of North Holland. It became fashionable with painters in the 1870s, notably those of the Impressionist Hague School. The Singers were an American couple who moved to Laren in 1901. They collected the paintings of visiting artists, and this delightful museum is based on their collection. It is situated in the residential area of a very chic town, which is also home to some upscale local shops.
Oude Drift 1, Laren
www.singerlaren.nl

FRANEKER PLANETARIUM
In 1774, Eise Eisinga, an amateur scientist, built a planetarium in his living room in order to calm the villagers’ fears about the end of the world. Despite his limited knowledge about the conjunction of the planets, the planetarium is a masterpiece of engineering. It still functions perfectly after some-200 years. This makes it the oldest planetarium in the world.
Eise Eisingastraat 3, Franeker (Friesland)
www.planetarium-friesland.nl 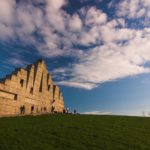 RECREATIONAL AREA SPAARNWOUDE
In 1969 the government, five municipalities and the province of North Holland decided to keep the area between Amsterdam and Haarlem ‘green’. Thus, the recreational area named ‘Spaarnwoude’ was launched. It covers a total landmass of over 6,178 acres. Located just outside Haarlem, Spaarnwoude has become one of the most popular recreational areas in North Holland. It is a haven of peace and tranquility, offering its visitors the opportunity to hike, cycle and inline skate through areas of natural beauty. But that is not all! There are also parks, play areas, a golf course, a scaling wall, an educational farm, canoe courses, ‘adventureland’ and the opportunity to go skiing at ‘Snowplanet’.
www.spaarnwoudepark.nl 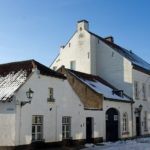 THORN
A popular subject for posters, advertising the province of Limburg: Thorn is a Dutch village which remains relatively untouched by foreign visitors. It is a wonderfully picturesque town of cobbled streets, white-washed houses and farms that intrude right into the main street. This gives the village, which is located near Roermond, a calm and rural atmosphere. It’s local abbey was founded towards the end of the 10th century.
www.vvvmiddenlimburg.nl

PANORAMA MESDAG
Panorama Mesdag is a panoramic painting. It is more than 14 meters high, and 120 meters in circumference. It depicts a vista of sea, dunes and the village of Scheveningen. It was painted by one of the most famous painters of the Hague School: Hendrik Willem Mesdag. It is the oldest 19th-century panorama in the world in its original site, and a unique a cultural heritage.
Zeestraat 65, The Hague
www.panorama-mesdag.nl

BOSCHPLAAT NATURE RESERVE (ISLAND OF TERSCHELLING)
The reserve is situated on the marshy land of the southern shore of Terschelling, one of the five ‘Wadden’ islands. It is where thousands of waterfowl and migrating birds gather. Nearby you’ll also find lovely beaches of golden sand and clean water.
www.natuurlijkwandelen.nl/boschplaat

THE TROPEN MUSEUM
Not as crowded as Amsterdam’s other large museums, you can discover the culture of New Guinea at the Tropen Museum. You can travel through Africa and South-East Asia, or visit Latin America and the Caribbean, learning about art, culture and colonialism. Other features include an excellent restaurant, which serves unusual dishes from around the world, and a wealth of temporary exhibits. The adjacent Tropentheater presents a mind-boggling selection of cultural performances from around the globe too.
Linnaeusstraat 2, Amsterdam
www.tropenmuseum.nl 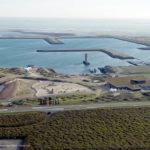 WATERLAND NEELTJE JANS (THE DELTA PROJECT)
Through a fascinating exhibition and tour, find out about Zeeland’s endless fight with the sea and the pragmatic response of the Dutch. They built a massive dam and flood barrier, that quite literally closed off the sea! From April-October you can visit a dolphin station and make a round-trip on the Oosterschelde. The Oosterschelde is a portion of the sea that once stretched into the province of Zeeland. Now, due to the dikes, it has become brackish water and a unique natural area. Don’t miss the hurricane simulator either!
Island of Neeltje Jans, Faelweg 5, Vrouwenpolder
www.neeltjejans.nl

NOORBEEK
Popular with Dutch hikers, this tiny village nestles in the side of a valley (yes, they do exist in the Netherlands) in Limburg, near Maastricht. It still retains its authentic atmosphere, with tractors chugging down the high street to deposit hay in the lofts above the farms.
www.noorbeek.nl

ZUIDERZEE MUSEUM
This living museum of 130 buildings sits on the banks of the IJsselmeer. It gives visitors a snapshot of what Dutch life looked like between 1880 and 1932. The original houses, school, church and shops have been transported from 39 locations in the IJsselmeer region.
Wierdijk 12-22, Enkhuizen
www.zuiderzeemuseum.nl 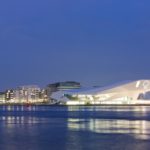 GRONINGER MUSEUM – GRONINGEN
This eclectic museum juts out into the canal, and defies description. It is home to a variety of exhibits, ranging from arts to crafts to fashion. If the drawbridge entrance happens to be raised for a passing boat, be sure to look at the ‘tongue-in-cheek’ tiles underneath… It is a zany place, through and through.
Museumeiland 1, Groningen
www.groningermuseum.nl 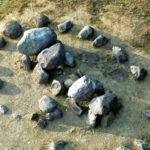 HUNEBEDDEN (DOLMENS)
One of the largest concentrations of Stone Age boulder formations exists in the idyllic province of Drenthe. It is located in the northeast of the Netherlands, where 54 dolmen configurations are scattered throughout the countryside. They are all believed to be the megalithic skeletons of burial tombs, used by farmers in this most ancient area of the Netherlands. One is a capstone, weighing an incredible 20,000 kilos. Amazingly, these structures are almost 2,000 years older than England’s famous Stonehenge, and 1,000 years older than the pyramids in Egypt.
Even more amazing, is how they were transported and lifted into place. To get the lowdown on theories, and to seethe largest hunebed, visit Borger. This is where the ‘Nationaal Hunebedden Informatiecentrum’, is located. In English, it is called the ‘National Dolmen Information Center‘.
Information center: Hunebedstraat 27, Borger (between Assen and Emmen)
www.hunebedcentrum.nl