TO BE OR NOT TO BE A FATHER

What does ‘being a parent’ mean? What do custody or parental responsibility entail? For instance, do you have a say in the choice of school for your children? Especially for unmarried expat parents, the answers to these questions are not simple.

If an expat father wants to create the best conditions for his children to grow up safely, with the health care and education he considers to be the best, the best thing he can do is make sure that he has a legal say in this.

Are You the Parent?

In the Netherlands, at least at the moment, the woman who gives birth to a child, is considered this child’s mother and automatically has parental responsibility. This might change, however, as new legislation is in the make regarding surrogacy.

If the biological father is not married to the mother, nor has entered into a registered partnership with her, then he is not considered their child’s parent, at least not from a legal point of view. Pursuant to Dutch law, this can be ‘repaired’ by having the father recognize the child at the municipality or by notarial deed, provided the mother agrees to this – in which case, a DNA test is not required. When foreign law is applied, the rules might be different.

If the mother does not cooperate, the father can request permission from the court to recognize the child. In this case, the first thing to take into account is which national law applies. Dutch law states that, in this type of situation, the court might request a DNA test and request the mother to cooperate.

If the biological father does not want to recognize the child, or if it is considered important to establish paternity from the day of birth, the court can be asked to establish this by means of a DNA test – unless it regards a situation in which the applicable law does not offer this possibility. This request can only be made by the mother (within five years of the birth of the child) or the child. Not by the father! The father can give his permission beforehand, though. Further rules and regulations on this matter can be found in the applicable legislation.

As a family lawyer with an expat practice, I regularly meet expat families in which paternity has not been established, particularly for the eldest child. This is often because the parents were not married at the time of birth and forgot to do about recognition of the child. For instance, one couple had to move to another country for job purposes, and simply did not have enough time to arrange recognition of the child in the country of birth.

In another case, the parents were married and living in the Netherlands – but only registered with the Ministry of Foreign Affairs. Because the father had been abroad on a mission when the mother gave birth, and the civil servant had had no means to verify that the mother was married, while the child had also not been recognized by the father in any other way, he was not willing to mention any man as the father on the birth certificate. As the parents had three different nationalities among them and had gotten married in a fourth country, some research had to be done to determine the applicable law before a request could be made to have the birth certificate and the name of the child amended.

If the legal parents are not married and do not have joint parental responsibility, this can be fixed easily – provided both parents cooperate. It can even be arranged online if the child was born in the Netherlands.

In times of crisis, the father can file a request with the court to establish joint parental responsibility. In these situations, however, the children are often ‘caught in the middle’. As this should preferably be prevented, for the sake of the children, parents are advised to arrange joint parental responsibility while the relationship is still good.

Referring to the Convention of the Rights of the Child (UNCRC), requests filed before a Dutch court regarding fatherhood or joint parental responsibility are likely to be honored, under ‘normal’ circumstances. This is because a child has a right to grow up knowing who his parents are and to be in contact with them. 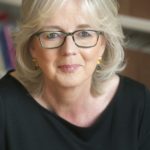 Edith van Ruitenbeek is a lawyer and partner at van Hilten Advocaten & Mediators, Nassaulaan 15, The Hague and De Lairessestraat 129, Amsterdam.

Go to the Business Directory