It is that time of year again; the new and annually-updated version of The Holland Handbook is here and ready to be enjoyed! Not only that, but this is the 21st edition!

More than twenty years ago, a modest group of three people sat around a table to discuss the possibility of creating a handbook for expats coming to live here. Those were different times; the types of expats, the budget they had, the amount of time they spent here and the family members they brought with them have changed over time.

Since two years ago, it has been given a new look, with easy-to-read and entertaining infographics and fresh photographs, while it has, of course, retained its familiar feel and trusted format. As always, The Holland Handbook has been expanded upon to reflect the latest political developments in the country, while it also includes topics that have gained in importance and relevance since the book first appeared, adapting to the new generation of foreign nationals, immigrants and students who have come to the Netherlands – either for a few months or for a longer period of time. 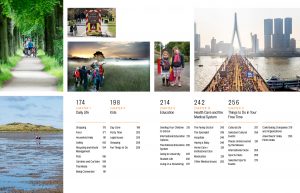 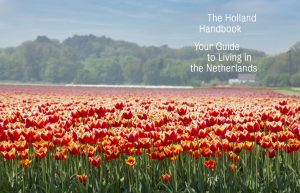 The Holland Handbook offers a wealth of information to those who have just moved here – or are preparing for their move here – on issues such as permits, bank accounts, schools, universities, job-searching, employment law, the citizen service number (burgerservicenummer), finding a place to live, and insurances. However, The Holland Handbook goes beyond covering the very first steps you will be taking towards starting a life in the Netherlands; it also prepares you for what comes next, such as learning the language, getting to know your Dutch neighbors, celebrating life’s milestones and holidays the Dutch way, as well as perhaps more impactful issues, such as the health care system, the education system – ranging from pre-kindergarten to obtaining a Ph.D. – public transportation, legal problems, things to do in your free time, importing your car, having a baby, and much, much more.

Starting from the front to the back cover, it is a joy to behold; chock-a-block with beautiful photographs, it will enthuse you for all there is to see in the Netherlands, as well as remind you, once your career or other life developments have taken you to another country, of all the beautiful things that Holland had to offer while you were here. And last but not least, it will serve as a written and photographed source of information for your family and friends who would like to know what it is – or was – like for you to live here.

How to Meet Locals in Amsterdam

Being far from home in a foreign city or country can be one of the ...

In the Netherlands, the Christmas season is marked by a sequence of typical Dutch festivities ...

The Dutch love to mark a special occasion. What's more, for each one, they ...

The Netherlands has its own unique set of customs. There is an etiquette for how ...